Why Amritsari Kulcha is So Popular? Where to try Best kulcha in Dubai? 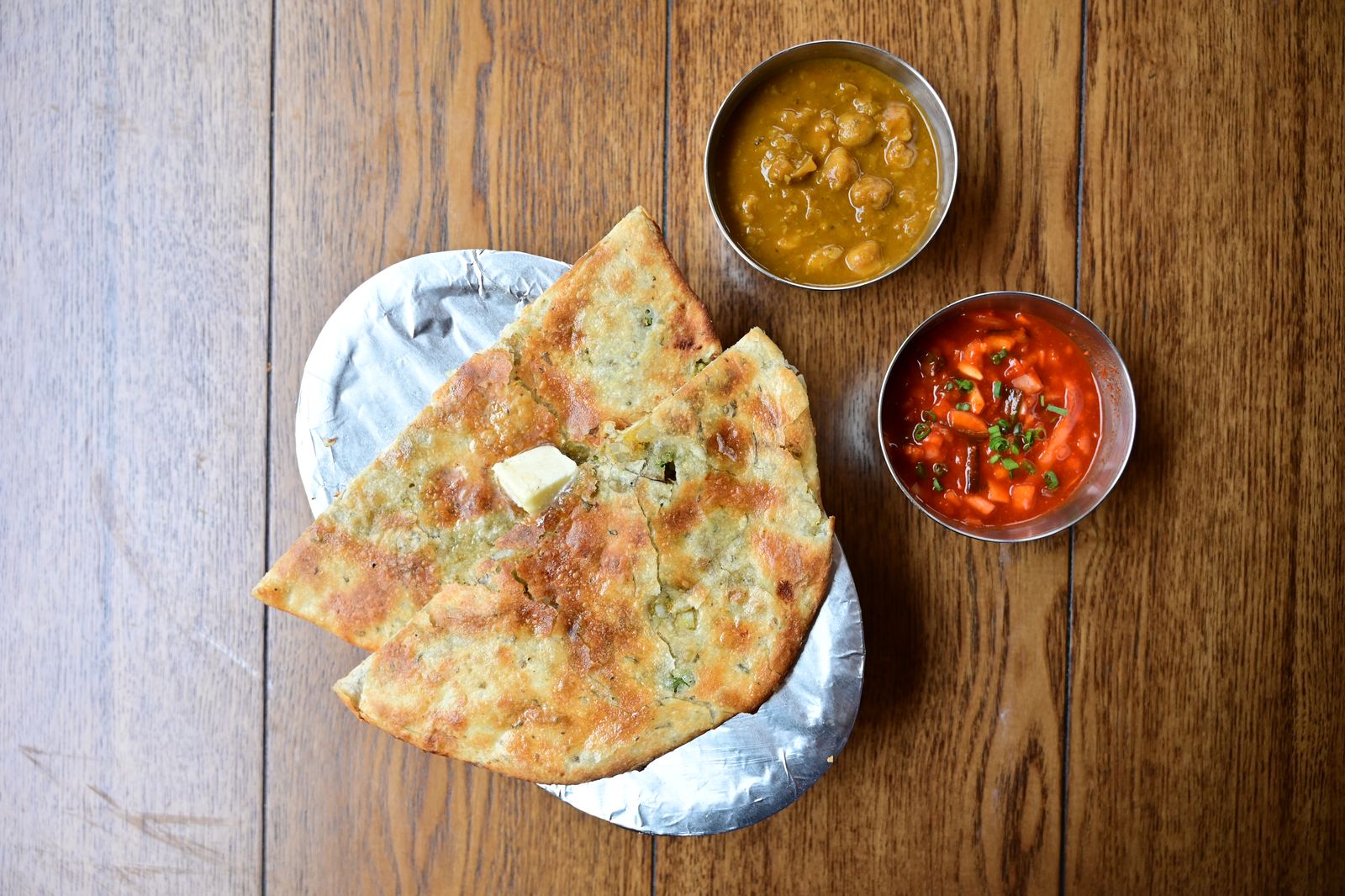 Furthermore, this dish is known as Amritsari Kulcha and served with chole in other parts of India and even across the world. Amritsr restaurant, which serves the best kulcha chole in Dubai is known for its specialty and various other Indian cuisines which people like the most.

While making Amritsari Kulcha following things are considered at Amritsr:

1) Dough should be sticky and wet enough to carry the whole process.
2) Stuffing of potatoes is essential so that they can be stuffed ( dried stuff).
3) Whole stuffing then mixed with the sticky chapati part.
4) Yeast is also maintained and expiration is also checked, otherwise, the taste will be bland.
5) Then the milk is also poured and mixed with the whole stuffing.

What is the Recipe of Amritsari Kulcha:

After the making, we put all of them in a heating oven. That’s it, our vendors make it so easy that they can make numerous kulchas in a very short span of time.

Cholle is an essential part of the dish. Since they are served with Kulcha to make it more tasty and scrumptious.

You’d like to know about the following Interesting facts about Amritsari Kulcha.
1) This kulcha is crisp and soft leavened bread Called the authentic meal of Punjabis at the best Punjabi restaurant in Dubai.
2) Some people call it naan or naan parantha.
3) It takes only 20 to 30 min to cook and prepare the whole dish, hence making it easy for large gatherings, therefore some people usually scroll and search for the best kulcha cholle in Dubai.

We hope that you will like all the types of Amritsari Kulcha at the best restaurant in Dubai. Furthermore, you can easily spend a few bucks to satisfy the family hunger at this restaurant.

Indians are known to be foodies. We are famous across the globe for our rich cu...
Read More

Indian cuisine comprises a variety of traditional and cultural cuisines which a...
Read More

Indian Cuisines are known worldwide for their spicy and authentic flavors. You ...
Read More

Why Are We Best Indian Restaurant in Al Nahda, Dubai ?

India is considered the land of thousand spices, aromas, and various other culi...
Read More