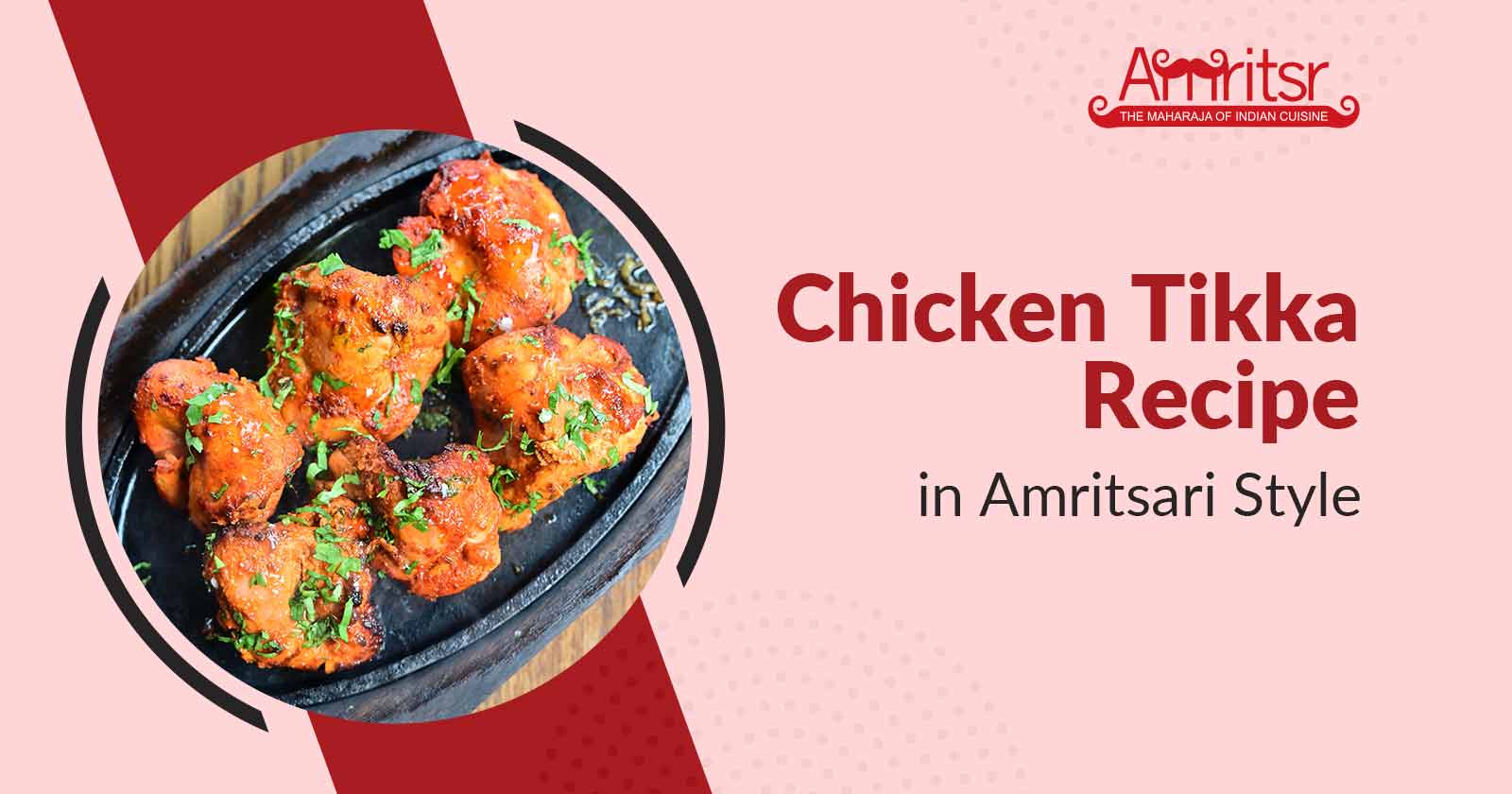 Simple to cook and easily available at any good Indian restaurant, Chicken tikka in Dubai is one of the popular Indian recipes to tickle your taste buds. The aroma of marinated chicken (with spicy juices) cooking on the BBQ or tandoor is enough to make anyone’s mouth water.

The final dish is sprinkled with flavourful chaat masala and served with Indian flatbread with some salad and mint chutney. If in Dubai, you can try the best chicken tikka recipe at any Indian restaurant.

With an increasing number of Indian restaurants in Dubai, it’s not difficult for residents and tourists/travellers to enjoy Indian cuisine away from India. Chicken Tikka in UAE is one of the popular Indian recipes that’s made at home and also available in different Indian restaurants to satisfy the hunger pangs of Indian food lovers.

Chicken Tikka consists of soft chicken cubes or in different forms. The dish is grilled over a BBQ or in a tandoor to give it a perfect smokey flavour that’s mild, satisfying and authentic to the original Amritsar-style chicken tikka.

Moreover, the chicken tikka recipe is also easy to prepare at home. So, you can easily prepare it – no matter you’re a beginner, intermediate or a pro home chef but before jumping to the recipe let’s answer some questions which you may have.

What does chicken tikka mean?

Chicken tikka simply means “chunks” of chicken. As mentioned before, chicken tikka dish is marinated with yoghurt and spices before cooked at high heat in a grill or tandoor. BBQ lovers or anyone who loves the smoky flavour prefer this tasty smoked chicken dish.

When was chicken tikka masala invented?

If there is one Indian recipe that’s guaranteed to be famous all over the world, it has to be Chicken Tikka. There’s hardly anyone who won’t like the rich and spicy taste of this flavourful dish. However, you’ll be surprised to know that this famous Indian dish has been named as “British National Dish,” according to the Foreign Secretary Robin Cook, in 2001.

As per Cook, while Chicken Tikka is a famous Indian dish, its widespread popularity in Britain proves how easily they adopt other cultures. However, the history of this dish is unclear. While Chicken Tikka is a spicy, coloured and flavoursome traditional Indian dish, its history is not quite cut clean. Certain tales are being told and retold for many years and seem to be true.

The invention of Chicken Tikka

The tiny bite-sized Chicken Tikka pieces that we love so much are known to be requested by an emperor around 5000 years ago. The emperor was said to be terrified of being choked by chicken bones. So, he asked Punjabi chefs to remove bones from the chicken pieces before cooking it in tandoor. That’s how Chicken Tikka was invented centuries ago.

The most frequently quoted story about the creation of Chicken Tikka is a very odd one. The story says that in the 1960s a British man called an Indian restaurant to prepare Chicken Tikka and complained that the chicken was too dry. So, the restaurant’s chef tossed Campbell’s tomato soup into the Chicken Tikka and also sprinkled some spices with some yoghurt to satisfy their customer. And, thus this delicious Chicken Tikka Masala was invented.

Many other Indian restaurants in Britain also claim to invent Chicken Tikka Masala. So, it’s not clear whom to credit for the invention of Chicken Tikka Masala. But the good thing is that there are so many different ways to prepare chicken tikka, as well as chicken tikka masala, at home or restaurants. Depending on your taste and preference, you may prepare the dry tikka or tikka masala with gravy to kill your hunger pangs.

As mentioned before, chicken tikka was spread to different parts of the world from India. However, there is also another variant called chicken tikka masala. So, what’s the difference between the two?

Well, to prepare chicken tikka, a boneless piece of chicken is baked with skewers in a traditional tandoor or a modern oven. The chicken pieces are marinated with some spices and yoghurt before baking it.

The sauce also includes certain other ingredients, such as paprika powder, coconut cream and turmeric. When considering the difference between tikka and tikka masala, it is difficult to figure out the difference and both are similar to taste. However, tikka masala is spicy and contains more masala and other collections of spices.

Grilling a chicken is considered good for weight loss. You may even slightly fry or add chicken pieces in stews for reaping maximum benefits. Undoubtedly, people must avoid having fried chicken, as it’s loaded with more calories. But to enjoy chicken without any guilt of being fat, preparing homemade tandoori or roasted chicken tikka is a good option, especially for those who are trying to lose weight.

When raw chicken is marinated using curd, seasoning, flavours, spices, lemon juice and other fresh ingredients and cooked at high temperature in an oven or a tandoor, the result is likely to be spicy and tangy chicken. The best thing about preparing such chicken is that it’s rich in proteins and fats and has no carbohydrates.

If you are looking forward to growing muscles and lose weight, checking calories in chicken tikka leg piece and chicken breast is important. These parts of the chicken are considered the best lean source of protein.

To be honest, chicken tikka can be as spicy as you want it to be. There is no standard level of spiciness in this dish. One can increase or decrease the number of chillies into the gravy part beforehand. Likewise, chicken tikkas, boneless chicken pieces that are marinated and grilled in tandoor can also be made more or less spicy, depending on the taste and preference of an individual.

If there are no particular instructions, the cook may add half teaspoon of red chilli powder to made chicken tikka mildly spicy. Of course, it can be tears & sweat-inducing for anyone who is not used to having spicy food at all.

How many calories are there in chicken tikka?

Below is the full chart for the Nutrition facts present in Chicken Tikka:-

Take chicken thighs (boneless) in a bowl. Add ginger-garlic paste, degi mirch (red chilli powder), salt to taste, and a bit of mustard oil. Now, mix all the ingredients for the first marination. After mixing everything well, leave it aside for a while.

Below is our Full video for Chicken Tikka Recipe!

The tangy and creamy taste of chicken tikka recipe makes it a popular Indian dish in Dubai. Amritsr restaurant offers the authentic Amritsari-style chicken tikka to the patrons who love Indian food.

The restaurant is serving this lip-smacking dish in Dubai for many years now to satisfy customers with a palette. That’s the reason why this dish stands out from other Indian recipes. The easy availability of Indian spices and meat influences in the UAE also makes Chicken Tikka a popular food choice.

The easy availability of Indian spices in the country also makes it easier for home chefs to prepare this spicy dish at home. But if you’re not willing to prepare chicken tikka at home, you can get it online from Amritsr restaurant through their easy online food delivery in UAE.