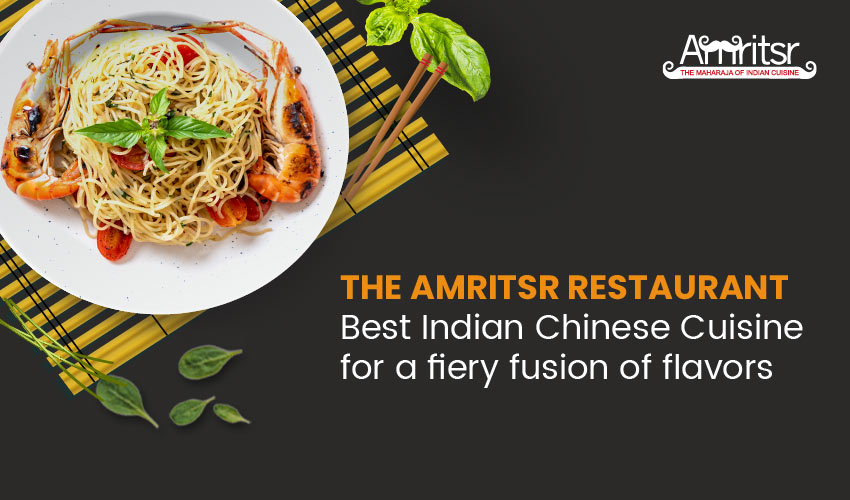 The popularity of Chinese food in India, began when it was one of the prime British colonies in Asia, which saw mass migration from all over the world, from the start of the 18th century. There were also a lot of people from China who came to the country, mostly from the Cantonese and Hakka communities, who sailed to the former British capital: Calcutta (now Kolkata). Many travelers later relocated, or moved to other cities like Mumbai. In Kolkata, Cantonese and Hakka cuisines began to pop up on menus of local eateries, roadside stalls and later in full-fledged restaurants.

At present, the Chinese population in Kolkata is around 2,000. Most of these immigrants are of Hakka origin. The local Chinese dishes, however, do not aptly showcase the food of Hakka cuisine. People of Chinese descent mainly live in Tangra, also known as Chinatown in Kolkata. The area boasts of a number of Chinese restaurants specializing in Indian influenced Chinese cuisine and other Indo-Chinese variants.

This hybridization of traditional Chinese food crept into the Indian dining scene because of the Chinese migrants who had to make use of whatever was available in the markets at that time. As with anywhere in the world, the quality of ingredients varies from place to place. These changes led to the change in flavor and the formation of Indo-Chinese cuisine. For example, freshwater fish is a significant part of the daily meal in east India, but these kinds of fishes aren’t suitable for Chinese spices. Prawns and shrimp are also a popular ingredient, with crab and lobster being popular in the coastal regions. Vegetables such as cabbage, bell peppers, and radishes are common instead of native Asian greens like choy sum, gai lan, and baby spinach.

Non-staple Chinese dishes are made with a generous amount of gravy or sauce, and they also come in ‘dry’ variants. Indian-Chinese culinary style often includes dishes with prefixes signifying what the dish is like, or how it is prepared: batter-fried items cooked with pieces of red chili pepper – ‘chili’, sweet and salty fried ball in gravy – ‘Manchurian’, and spicy red sauce – ‘Schezwan’. The terminology doesn’t correlate to the authentic cooking methods used in China.

Indian Chinese cuisine involves tweaking of numerous Chinese seasoning and cooking techniques to facilitating Indian tastes and beliefs through vegetarian Chinese dishes. Starting from a small Chinese community, today, Chinese food has become one of the most popular cuisines in the Indian culinary scene. It is also enjoyed by overseas Indian communities who have migrated to different parts of the world.

There is a sizeable population of Indians in Dubai, and they have brought along their take on Chinese cuisine. Some of the popular classic Indian-Chinese dishes include fried rice, spring-roll, dumplings; regular or ‘Schezwan ‘fried rice’ and chicken, shrimp or vegetable variants of ‘Hakka’ or ‘Schezwan’ noodles popularly referred to as ‘Chowmein’. American sweet and sour and chop suey dishes can also be found at many local Indian restaurants. South Indian restaurants have come up with their own Chinese dishes, with Chinese variants of dosas and idlis. You can find these dishes at many Indian restaurants, under a Chinese tag.

There is a stark difference between the Indian Chinese food and authentic Chinese food, which has put these Indo Chinese restaurants under some flak, nonetheless, they are very popular amongst the Indian people who travel or live in Dubai. Many Indians would even go out of their way to claim that the Indian version is an improvement over the original Chinese recipes, which again, gives rise to some tension amongst the people from the two groups.

Nowadays, you can find some of the best Indian Chinese restaurants in Dubai, which offer all the dishes that you can find in India. Indo Chinese food is flavored with spices such as cumin, garlic, coriander seeds, red chili powder, and turmeric, which aren’t associated with much of Chinese cuisine. Indian Chinese dishes also include Hot chili sauce, ginger and garlic paste; sesame seeds, dry red chilis, and yogurt.

These ingredients make the dishes taste like the food in South-east Asian countries such as Malaysia, Thailand, and Singapore, which also have significant Chinese and Indian cultural influences. The chicken fried rice is a simple dish, and its smell alone will make your mouth water. It is a Cantonese specialty, the cured chicken pieces are chopped up into tiny pieces, sautéed, then added to rice, which has a medley of veggies.

The choice of meat does change from chicken to pork and beef to seafood, depending on the location and local beliefs. The aroma can be repulsive sometimes because of the acrid smell of the marinating fish, but in Mumbai, this unassuming dish, along with a dose of chili oil, literally transcends to gastronomic heaven. It’s the closest thing to an authentic Cantonese dish you can get in India.

Amritsr restaurant is one of the best Indo Chinese restaurants in Dubai, it houses all the necessary flavors that are reminiscent of the rich taste and aroma that one can find at any Indian Chinese restaurant in Dubai. The restaurant offers some of the best Chinese food in Dubai including hot and sour soup, Schezwan fried rice and chicken garlic noodles. Amritsr restaurant is successfully representing Indian Chinese cuisine in Dubai. With more than 20 years of experience in dining and catering the restaurant offers a gastronomical experience, which will make you come back countless times.

Why Amritsari Kulcha is So Popular? Where to try Best kulcha in Dubai?

Why We are Considered to be Best Punjabi Restaurant in Dubai?

Punjab is one of the most prosperous and flourishing states in India, and so it...
Read More

In today’s fast-paced world, everyone wants to live life independently in...
Read More

This is how you can find Indian Restaurants in Foreign Countries

Regardless of whether you are in India or a foreign country like Dubai, discove...
Read More